The SPARKS project has a small Scientific Advisory Board, which includes distinguished members from academia and industry that are working in research fields that are related to the project. The board’s task is to monitor the project on a high level, giving advice and supporting its strategic direction with their expertise. The members of the SPARKS Scientific Advisory Board are:

Dr. Andersson was born in Malmö, Sweden. He obtained his M.S. and Ph.D. degree from the University of Lund in 1975 and 1980, respectively. In 1980 he joined ASEA:s, now ABB, HVDC division in Ludvika, Sweden, and in 1986 he was appointed full professor in electric power systems at the Royal Institute of Technology (KTH), Stockholm, Sweden. Since 2000 he is full professor in electric power systems at the Swiss Federal Institute of Technology (ETH), Zürich, where he heads the powers systems laboratory. His research interests are in power system analysis and control in particular power systems dynamics and control involving HVDC and other power electronics based equipment. Another research interest concerns future energy systems.

Professor of Electrical and Computer Engineering, University of Maryland 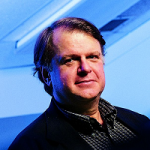 John S. Baras holds a permanent joint appointment as professor in the department of electrical and computer engineering and the Institute for Systems Research. He was the founding director of ISR, which is one of the first six National Science Foundation engineering research centers. Dr. Baras is the Lockheed Martin Chair in Systems Engineering and is the founding and current director of the Center for Hybrid and Satellite Communication Networks, a NASA commercial space center. He also serves as a faculty member of the university’s Interdisciplinary Program in Applied Mathematics and an affiliate professor in the Computer Science Department.

A Fellow of the IEEE, Dr. Baras has served the organization in various leadership positions. He also serves on the editorial boards of numerous mathematics and engineering journals and book series, and consults extensively with industry and government on various automation and telecommunication problems. He is the recipient of two Invention of the Year awards from the University of Maryland, holds two patents, and has received many awards for his research and publications. Dr. Baras received his B.S. in electrical engineering from the National Technical University of Athens, Greece, and the M.S. and Ph.D. degrees in Applied Math from Harvard University.

Dr Kevin Jones is the Research Team Leader for Airbus Group Innovations Cyber Operations team and is responsible for innovative cyber security R&T in support of the Airbus Group (Airbus, Airbus Helicopters, and Airbus Defence & Space). He holds a BSc in Computer Science and MSc in Distributed Systems Integration from De Montfort University, Leicester where he also obtained his PhD: A Trust Based Approach to Mobile Multi-Agent System Security in 2010.

He is active in the cyber security research community and holds a number of patents within the domain. He has many years experience in consultancy to aid organisations in achieving accreditation to ISO27001 standard on Information Security Management and currently acts as an expert consultant to the Airbus Group on matters of cyber / information security.

Kevin has provided a number of keynote talks on Cyber Security including ICS/SCADA and Critical Infrastructure Protection. He is a Member of the BCS, IEEE, and ISC2 and accredited as a Certified Information Systems Security Professional (CISSP) and ISO27001 Lead Auditor.

Dr Konstantinos Mouli nos, Expert in Network & Information Security, ENISA – European Network and Information Security Agency. Moulinos is an expert in the network and information security (NIS) area. He is the manager of ENISA’s smart grid security project. He has worked for more than 10 years as an information systems auditor and for four years he contacted ENISA as an expert in the area of critical information infrastructure protection (CIIP). Moulinos has been awarded a diploma in informatics, a master of science in information systems and a Ph.D. in privacy enhancing technologies. He has more than 20 peer-reviewed publications covering areas such as information and network security, CIIP, data protection and privacy-enhancing technologies. He has served the NIS area from various posts: as an Information Systems’ auditor on behalf of the Hellenic Data Protection Authority (HDPA), as a security expert of ENISA (the European Network and Information Security Agency), as a scientist during his doctoral research, as a researcher involved in various NIS European projects, as an advisor participating in various technical committees and last but not least as a guest speaker at several seminars, public discussions and lectures.